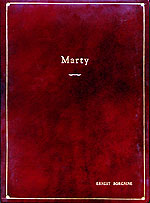 These original leather bound scripts include over one hundred movies and numerous television shows from Bornine's career. The scripts include the screen adaptation of "Marty" which earned Mr. Borgnine an Academy Award for Best Actor in 1955. Among the other scripts in the collection are those for "From Here To Eternity" (1953), "The Dirty Dozen" (1967), "The Wild Bunch" (1969) and "The Poseidon Adventure" (1972). Television scripts include the series "McHale's Navy" (1960's), "Little House on the Prairie" (1974), and "Airwolf" (1984).

For more information about the collection, contact the Archives Department at 765-4226.

The Borgnine Collection Finding Aid lists titles of scripts found in the UNA Archives by year of donation.  Scripts are under copyright protection and may be viewed only on site.

(Hint : To search files that are in pdf format, press Ctrl F on your keyboard and a search box will appear in the upper left-hand corner of the document.) 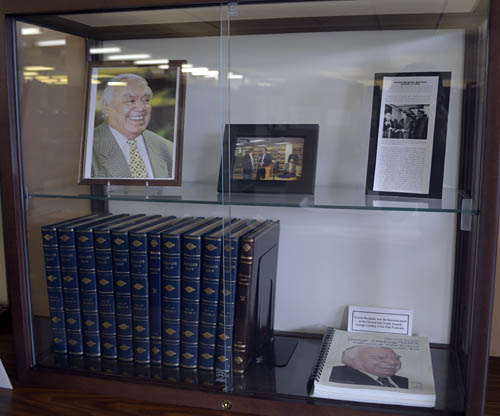